The Paul Kaplan Group has had the privilege of selling so many wonderful mid-century homes in Palm Springs designed by the renowned Architect William Krisel. We’re excited to share what makes the work of Architect William "Bill" Krisel so special, and here you’ll find a look into Krisel’s life, an overview of the homes and buildings that Krisel designed, and the Palm Springs neighborhoods where you’re most likely to find architecture by Krisel.

Krisel is one of the architects who contributed to the "Desert Modernism" movement in Palm Springs. According to this article featured on the iris: Behind the Scenes at the Getty, “By some estimates, [William Krisel] and his partners are responsible for more than 40,000 units of housing in Southern California, bringing the aesthetics and values of casual indoor-outdoor living to the masses.”

Before we dive into the story behind Krisel’s architecture, we want to share some quick background on Krisel’s life: Architect William Krisel was born in 1924 in Shanghai, China, while his father was working there as the distributor of United Artists films in the region. The family returned permanently to the United States in 1937 and settled in Beverly Hills.

Krisel showed an interest in architecture from a very early age, and by high school he was studying mechanical drawing and devising an architectural curriculum on the side with his drawing instructor.

“At 11, he drew a sketch of a proposed family home in Southern California; his father sent the drawings to the architect,” notes this NPR article. The architect recommended that Kristel become an architect, but it would be a few years before he would be able to pursue his dreams. Kristel served in the U.S. Army during WWII, and afterwards he attended the University of Southern California School of Architecture, graduating with honors in 1949.

The duo of Krisel and Palmer received numerous commissions from tract home developers in Palm Springs, including the Alexander Construction Co., with the first Palm Springs tract being Twin Palms Estates in 1957. The homes were intended as vacation properties that would take advantage of the Palm Springs climate and lifestyle, while utilizing cost-saving methods such as repeating identical square plans and pre-fabricating some elements of the home. In order to give the appearance of variety, Krisel rotated the home designs to present different facades, and multiple roof options also created distinction between homes.

Landscape design was viewed by Krisel as an integral part of the overall design process, and he even obtained a landscape architecture license in 1954. His signature use of bold shapes in gravel beds helped to modernize front yards, and plant selections were primarily based upon their design function.

Each of the following Palm Spring mid-century modern homes was designed by Architect William Krisel and previously listed and sold by Paul Kaplan Group. In addition to the home’s address and listing agents, you’ll find notes with each one that help to illustrate Krisel’s signature style and design elements that he commonly used in his work. 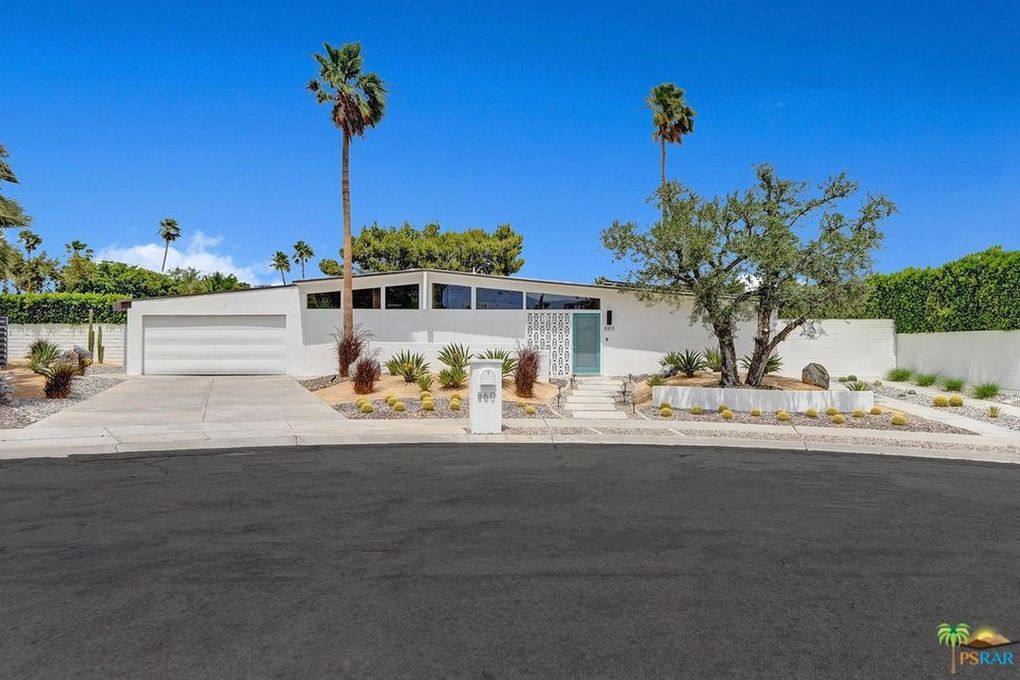 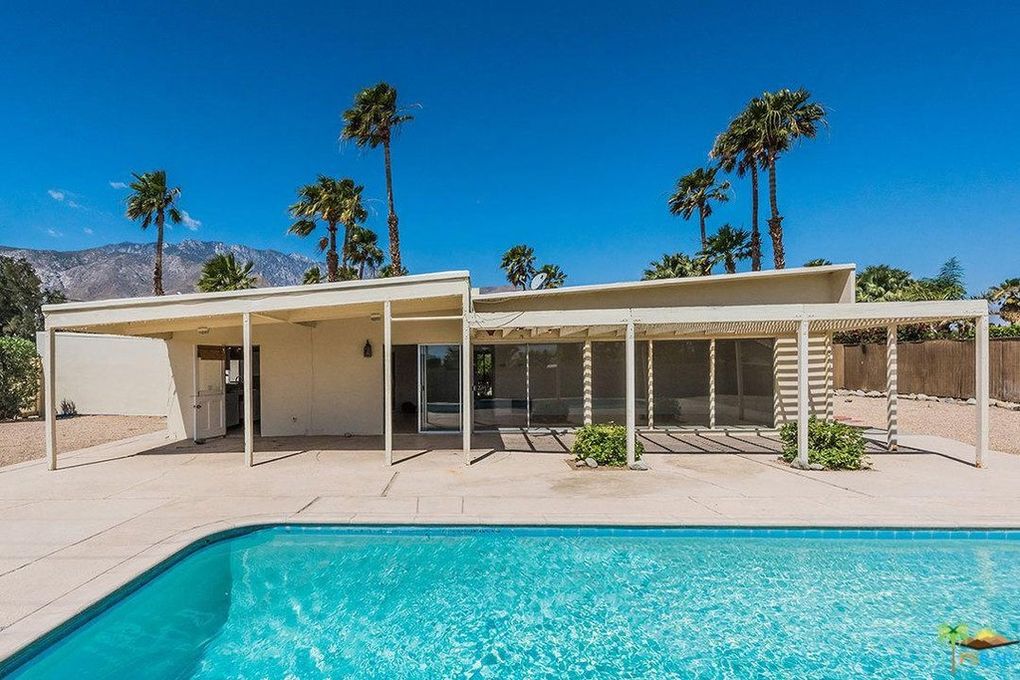 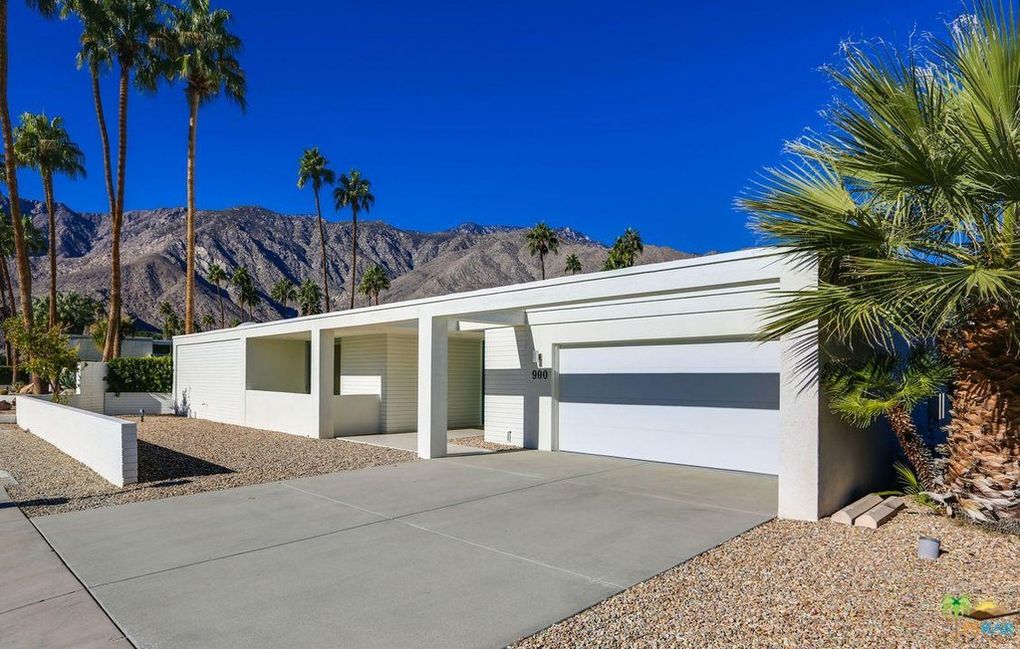 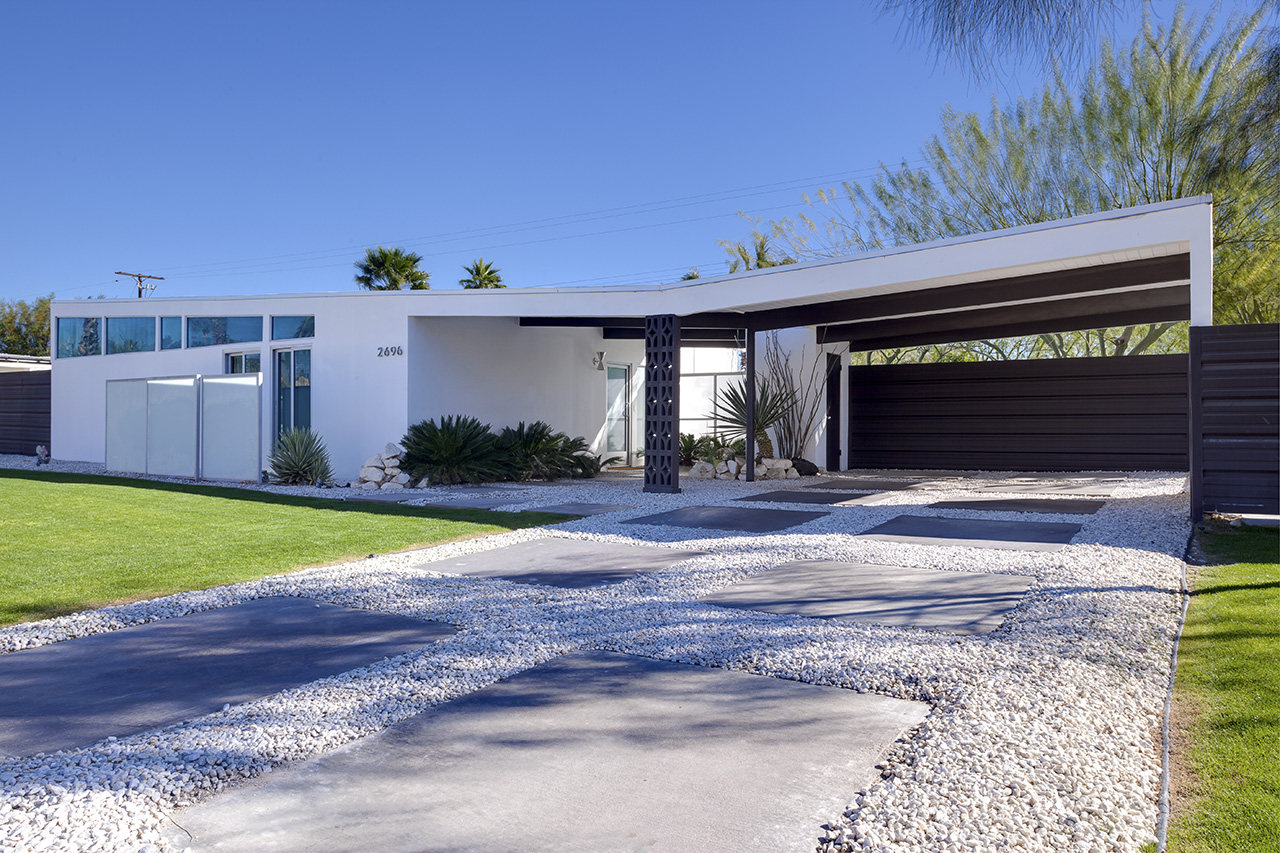 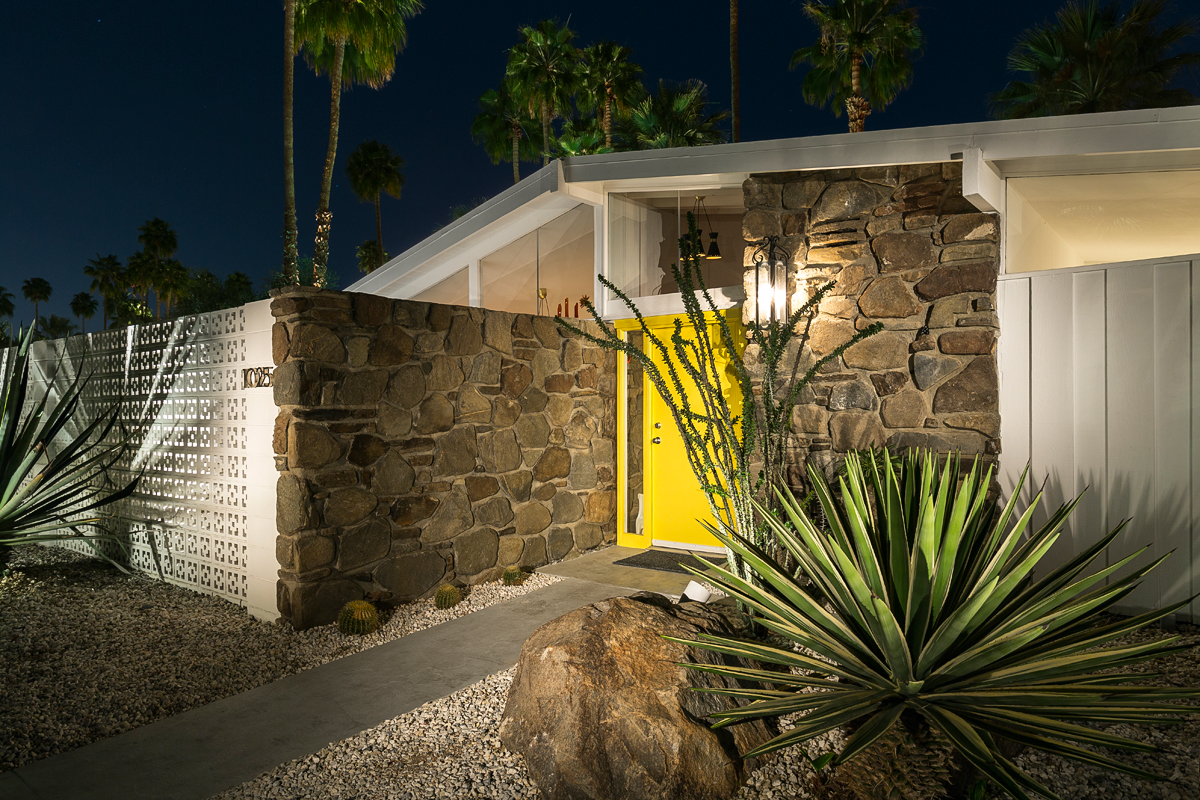 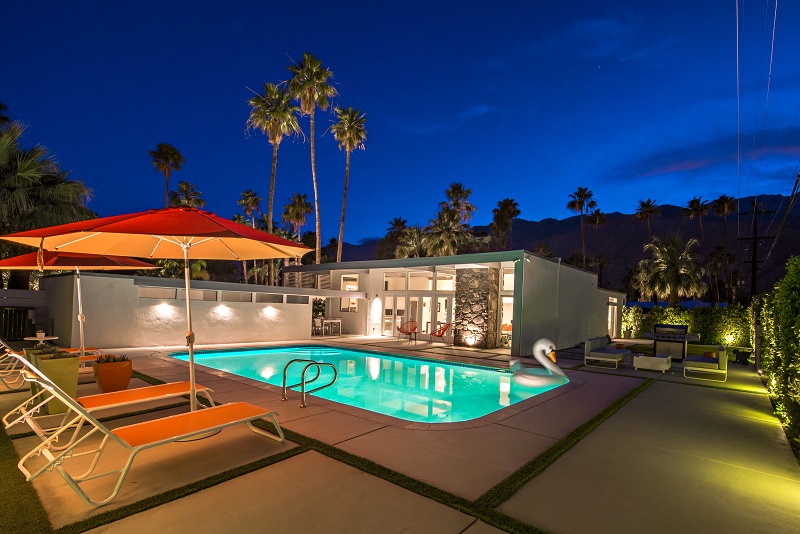 Additional Krisel projects include Ocotillo Lodge, Racquet Club Estates, Canyon View Estates, Las Palmas Estates (Vista Las Palmas), Kings Point, the Sandpiper condominium complex in Palm Desert, Valley of the Sun Estates in Rancho Mirage and the “House of Tomorrow,” the personal home of the Alexander family which was also the site of Elvis and Priscilla Presley’s honeymoon in 1967.

Searching for your own mid-century home in Palm Springs? You can search for Palm Springs homes here or contact a Palm Springs Real Estate Agent expert