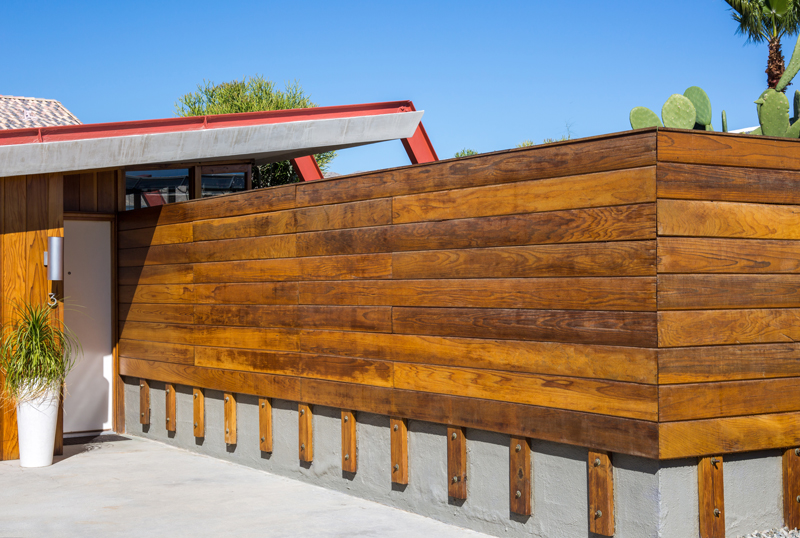 The Paul Kaplan Group is grateful for the architects who have helped shape the “Desert Modernism” movement in Palm Springs. One such architect, John Lautner, FAIA, (1911-1994) got his start as an apprentice of Frank Lloyd Wright and went on to become one of the most influential architects in the world, with a career spanning nearly six decades. Though he completed just a small number of projects in the Palm Springs area, they are innovative and iconic designs that continue to influence and inspire worldwide.

Lautner’s first project in the Coachella Valley was in 1942, with the design of a caretaker’s cottage for the Astor Farm in Indio, which has unfortunately since been demolished. Just a few years later he began work on a project just outside of Palm Springs proper in the city of Desert Hot Springs. The property (now called Hotel Lautner) was built in 1947 as part of a master planned community of over 100 buildings, storefronts and pools on 600 acres. 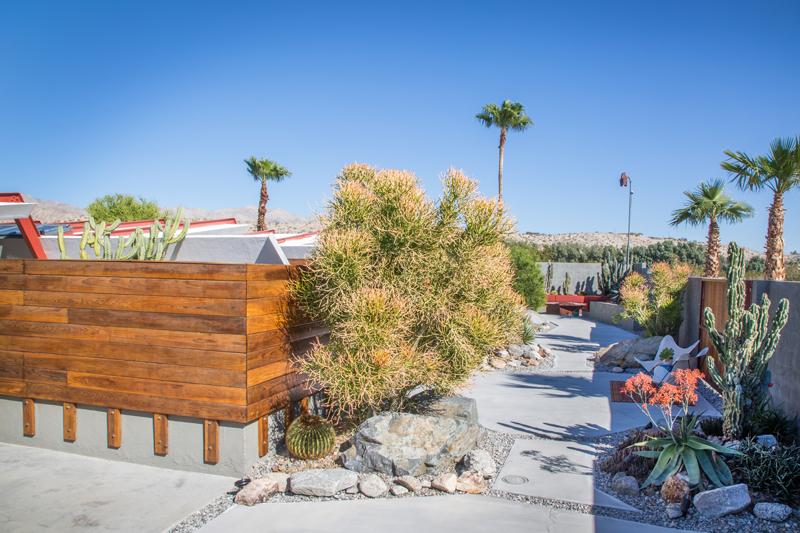 The project was commissioned by movie director Lucien Hubbard, winner of the very first “Best Picture” Oscar for the movie “Wings.” The first four units were built as a prototype, but the project came to a halt and no additional units were completed. The four units were used by Hubbard and his movie star friends as a getaway from Los Angeles, but eventually the property fell into disrepair and remained vacant for almost twenty years until it was purchased and restored by Tracy Beckmann and Ryan Trowbridge. The Lautner Compound property now functions as a luxury boutique hotel and also features a large adjacent space for weddings and other events. 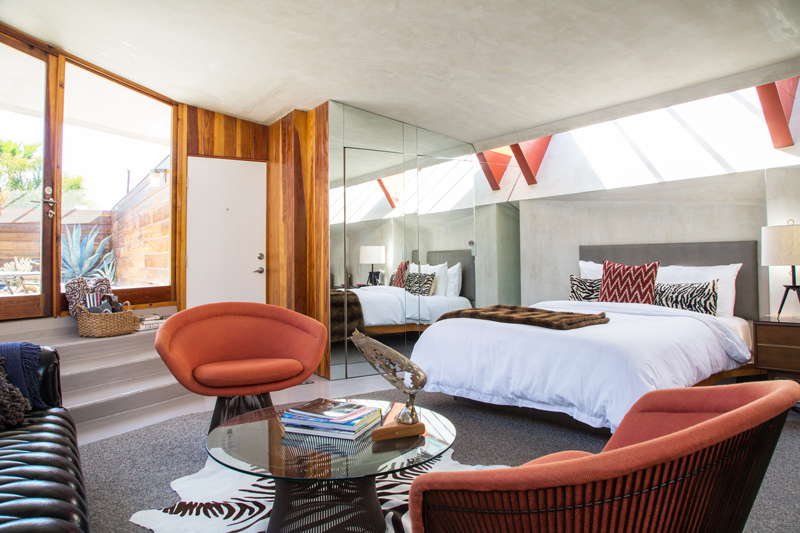 The Lautner-designed Elrod House, built in 1969 for interior designer Arthur Elrod, is located in the Southridge area of Palm Springs. Built into the hillside, the 8,900-square-foot home’s design incorporates the existing boulders from the site. The living room features a massive concrete dome ceiling with nine wedge shaped windows, with an indoor-outdoor pool that joins the space. 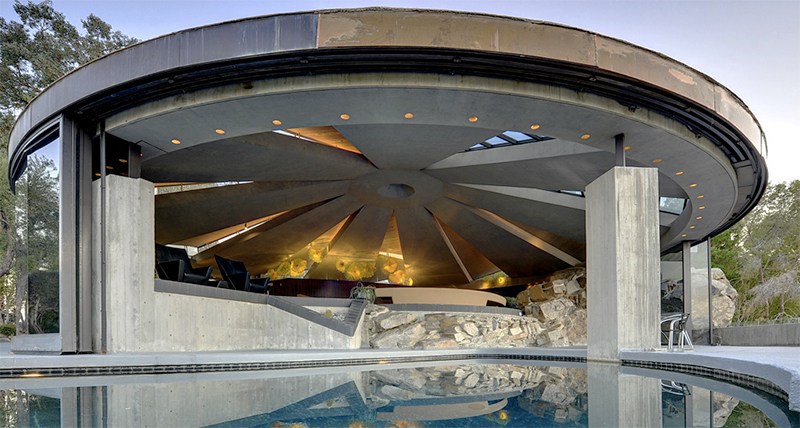 The home was featured prominently in the 1971 James Bond film, “Diamonds Are Forever.” Investor Ron Burkle purchased the Elrod House in 1995 and then sold it in 2003. The property was purchased by fashion designer Jeremy Scott this year for a sum that is reportedly close to the $8 million asking price. Scott currently owns another Lautner-designed property – the Foster-Carling House in LA’s Hollywood Hills. 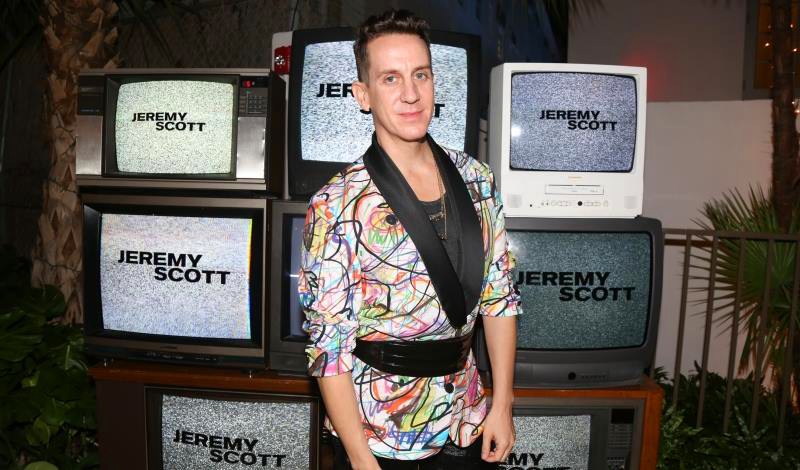 In 1973, Lautner was commissioned to design the Bob and Dolores Hope Estate, which is located in the Southridge area near the Elrod House. The 23,000-square-foot home was completed in 1979, featuring 10 bedrooms and 13 bathrooms on 6.18 acres. It is the largest residential project ever completed by Lautner. The design features a large, futuristic shell roof with an oculus reminiscent of a volcano. 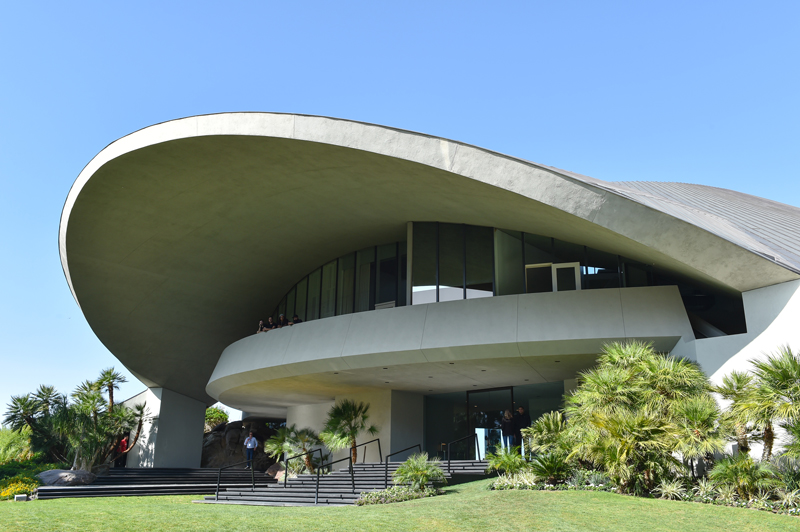 The home served as the location of the Louis Vuitton Cruise Collection 2016 fashion show in May of 2015, bringing press, fashion industry leaders and celebrities from around the world to Palm Springs to experience the fusion of high fashion and iconic architecture. Listed for sale in 2013 at $50 million, the property recently sold to Ron Burkle for a reported $13 million (the largest residential sale to date in Palm Springs). 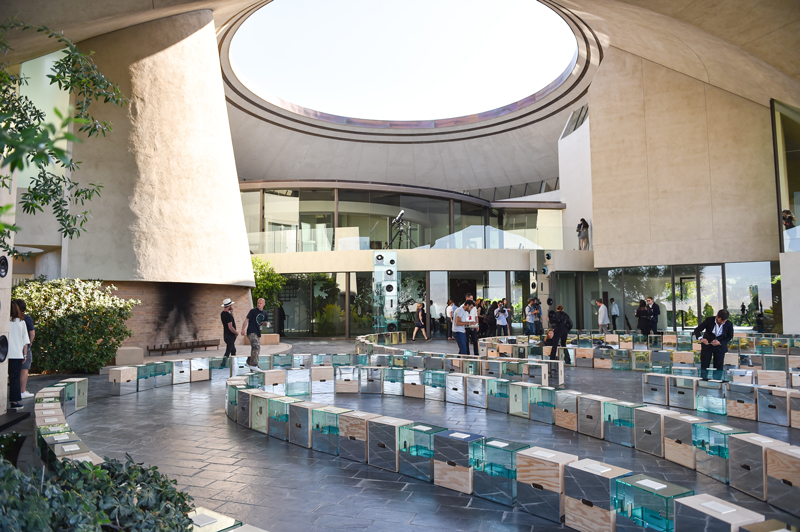 The life and work of John Lautner will be celebrated during Modernism Week 2017 when a star on the Palm Springs Walk of Stars will be dedicated in his honor on February 17, 2017. Special guests and friends of Lautner will speak about his important role in desert modern design and the legacy of his iconic structures. The ceremony is open to the public and will take place along Palm Canyon Drive in front of the Palm Springs Art Museum Architecture and Design Center, Edwards Harris Pavilion.